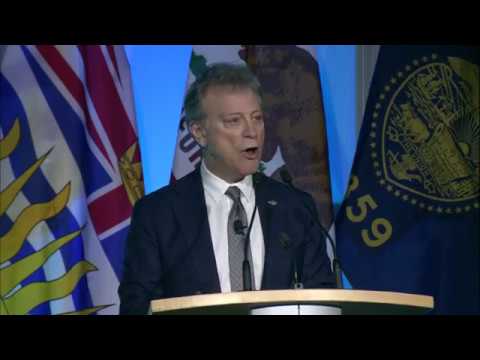 In what turned out to be one of the most popular sessions at GLOBE Forum 2018, political leaders from BC, Washington, Oregon and California came together to discuss The Pacific Coast Collaborative – an initiative focused on building a sustainable future that works for the people of the West Coast. The panel discussed approaches to tech, clean energy, job creation and trade among four jurisdictions that are on the cutting edge of sustainability.

Be part of the GLOBE experience.